When I say “search engine” the first thought in your head is probably Google.

And you’re right, Google is the most famous search engine on the internet, but it is far from the only one.

In fact, there are many other search engines, and people use them regularly as well.

Search engines are a big part of our lives in today’s world and we use them all the time.

It doesn’t matter if you want to look at pictures of cute kittens, get advice on how to do SEO for beginners, learn how Facebook is making money, or get some awesome vegetarian recipes—we constantly use search engines and they are making our lives easier.

We are dependent on them and we need information that is immediate and updated all the time.

All businesses should be aware of the different search engines because we usually only focus on Google rankings and there can be lots of missed opportunities for not taking the other search engines in account.

Depending on the country and the industry in which the business is located in, Google may not even be the dominant search engine.

That is why, in this post, I will dig into the different search engines, their advantages and disadvantages and how to use them the best.

Let’s start with the most famous and overall used search engine—Google.

In August 2019, Google accounted for 75.74% of all desktop and laptop searches according to NetMarketShare.

Some interesting and important statistics about Google are:

In January 2020, Google’s percentage went a bit down, with Bing and Baidu gaining more popularity than before.

However, Google still has over 70% of the desktop and laptop search engine usage.

Google is dominating the market in all sectors whether it is desktop search, mobile or tablet.

The reason behind Google’s success has always been the quality of the search results that they keep working on all the time.

Google is using sophisticated algorithms giving its users the most relevant information at all times.

And Google is never stopping. They are constantly improving their existing algorithms and adding new factors that make them the most relevant and reliable to the users.

Google is not only powering their own search engine, but they are providing their search results for other engines.

The biggest advantage of Google as a search engine is obviously the enormous potential traffic.

You can reach the biggest number of people via Google.

Hence, the biggest disadvantage is the fierce competition, since everybody wants to take a piece of that organic traffic.

Relevant: Learn all the tips about ranking your website to the top of Google here

Bing holds second place on this list accounting for more than 12% of all desktop and laptop searches in the world.

The search engine went from third place to second place in the period from 2018 to 2019, accounting for over 9% of the market then.

It was created in 2009 as a response to Google by Microsoft. And it somewhat succeeded in terms of being a relevant search engine, but it is nowhere near Google when it comes to being the most used.

Bing is always trying to become a better search engine and it includes the usual services like web, image, video search, maps, etc.

When it comes to business, they introduced a platform called Places (Equivalent to Google My Business) that is a good place for businesses to dive into.

Bing is the default search engine on all Windows PC’s since it is a product of Microsoft. Even besides this fact, they haven’t managed to grasp the attention of the users more than usual.

According to Alexa, Bing is at the moment number 25 in the world’s most visited sites on the internet. The first place belongs to Google.

Some of the advantages are that it ranks home pages as opposed to blogs, crawls hidden and unhidden content alike, and has outstanding video indexing.

The main disadvantage is that it provides slower and less relevant results in comparison to Google.

Founded back in 2000 by Eric Xu, Baidu is today’s third most used search engine surpassing Yahoo.

Baidu is the most used search engine in China, but it also has some users in the US, Taiwan, Hong Kong, and South Korea.

Many people call it the “Chinese Google”.

Some of the advantages of using Baidu are that it offers amazing features and high-quality search results. 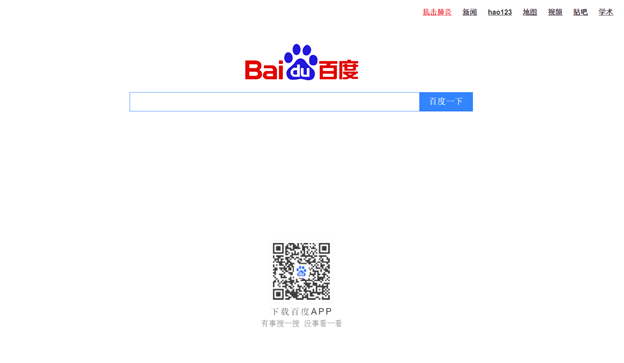 It also has lots of advertising options for businesses.

When it comes to disadvantages, one of the biggest ones is government censorship which leads to integrity questions of the search results.

Yahoo is one of the more known search engines, mostly because it’s also a very popular email provider.

In the early days, it was a close competitor to Google.

In the past, before 2015 Yahoo search was powered only by Bind, but after that Google also came in the picture so the results were provided by both.

From October 2019, Yahoo is once again powered only by Bing.

Firefox browsers have Yahoo as their default search engine, and it’s one of the top four most used search engines.

In January 2020, Yahoo accounts for 2.15% of worldwide searches. That is significantly less than the top three providers, but it’s still quite better than more than a handful of other search engines on this list.

When it comes to advantages, Yahoo offers thorough organic results and it has better shopping search features than other search engines.

Disadvantages are the undated search results, along with unclear labeling of ads which can make it difficult to know which results are ads and which are organic results.

Yandex is a search engine that mostly operates in Russia with more than 60% of its market share in the country.

It launched fairly early in 1997 and since then has a presence not only in Russia but countries like Ukraine, Turkey, Belarus, China, Germany and Kazakhstan.

When it comes to services it offers, it has maps feature, music feature, online translator, a cloud storage service, money feature, and other services.

That being said, businesses interested in targeting the audience of those countries can be your best option. 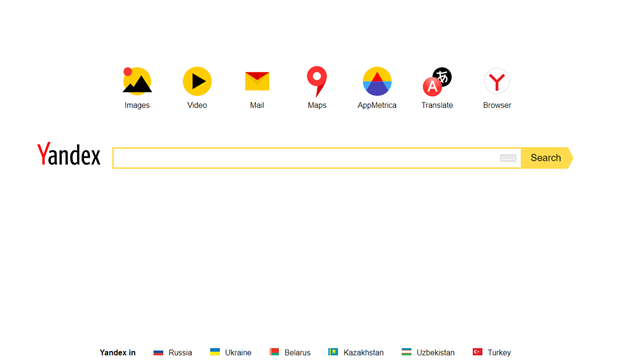 The search engine is available both in Cyrillic and English.

The advantages of Yandex are that it delivers relevant search results locally, has a unique image search option, and can be customized for different countries.

Disadvantages include reaching people out of the before mentioned countries and collecting data from users just like other search engines.

DuckDuckGo accounted for 0.47% of the searches in January 2020, making it the sixth most used search engine at the moment.

DuckDuckGo doesn’t have its own search index like for example Google or Bing.

They generate their results via a bunch of sources. This means that they do now have their own data but use the data of other sources to answer their users’ inquiries.

Of course, this is a huge limitation for a search engine. For example, Google has its own algorithms that crawl the web for the most relevant search results. 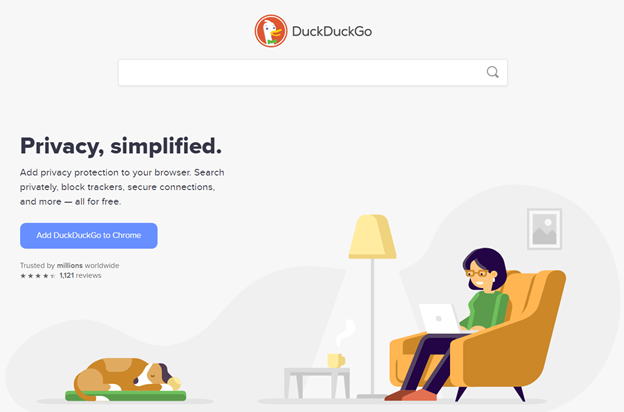 They offer usual services like looking up for images, maps, videos, and other services.

Another cool feature that this search engine has is the zero-click information where all the answers are presented on the first page.

The advantages are that DuckDuckGo doesn’t track or keep user’s data, it delivers fast results, and has a clean user-friendly interface.

The disadvantages are that the results are not personalized because of the no data usage, and in that sense are quite limited.

Next in line at the moment is Ask.com previously known as Ask Jeeves.

Ask is made in a format question-answer, and the questions are answered by other users.

In January 2020, Ask accounted for 0.18% of the searches taking the seventh place on the top search engines’ list.

It was founded back in 1995 and it relies on the community to provide the answers to the questions.

However, this process requires a lot of archive data and because of it, the answers might not be as current as those on the other search engines which is one of the biggest disadvantages.

To combat this, Ask.com takes help from an unnamed third party search engine.

Next in line is Naver.

It offers a lot of services like email, news, online Q&A, etc.

As of September 2017, Naver was responsible for more than 70% of all web searches in South Korea.

For this, Naver is known as the “Google of South Korea”. Businesses interested in that part of the world should strongly consider using Naver for their inquiries.

One of the biggest advantages that Naver has on this market is that its algorithms are built around the Korean language making it produce more relevant results than other search engines.

The disadvantage is that it can’t be compared to Google at crawling and indexing.

Ecosia is a search engine based in Berlin, Germany that is focused on ecological issues like deforestation.

The search engine donates 80% of its profits to non-profit organizations that fight deforestation.

They consider themselves a social business that protects the privacy of users.

You can take a part of this sustainable movement and with every 45 searches approximately, plant one tree. The search engine keeps score on how many trees you planted. 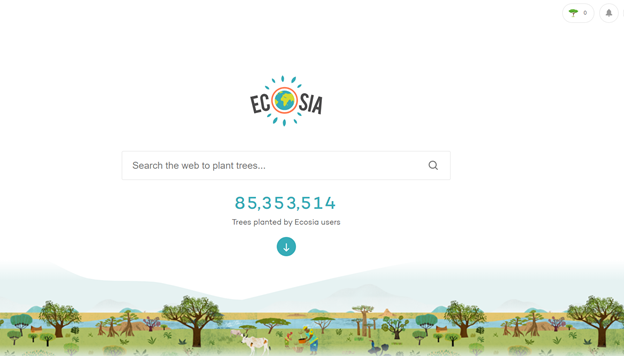 It also shows how many trees the total users planted. It’s a gamified search engine with a good cause.

The search engine has all the normal features like searching for web, images, videos, and it’s still developing.

The advantage here is that it looks like they are helping to plant those trees for real according to their financial statements so you can contribute to the planet with simple info searching.

The advantage is that they can’t compete with a giant such as Google when it comes to the relevance of data and features.

But they are collaborating with them so for example when you try to see maps on Ecosia, it takes you straight to Google Maps which in my opinion is better than trying and failing to compete with Google.

Did you learn something new from this post? Let me know in the comments below which search engine is your preferred one out of these! You can also say hello to me on my Facebook page for or follow me on Twitter for quick digital marketing, social media, and SEO tips.

Don’t forget to check my other useful posts on o Google: