How can Facebook offer such a powerful platform to its users for free?

It is no secret: Facebook makes money by offering targeted advertising opportunities to companies and small businesses.

In fact, over 98% of its revenue derives from advertising. The remaining 2% is comprised of payments (in-app purchases of Facebook games), sales of Oculus Rift (VR headset owned by Facebook) and others.

By comparison, Google makes ~80% of its revenue through ads.

Post Contents show
1) Digital Ads: Facebook allows for better targeted advertising
2) Does Facebook sell your data?
3) The Cambridge Analytica Scandal
4) How much money did Facebook make in 2018 and 2019?
5) What are all the revenue streams of Facebook? Any new products coming up?
6) Here are other future products that Facebook could build or is building
7) Will Facebook ever charge its users a fee?
8) Who else is competing with Facebook in the digital advertising space?
9) How can YOU make money on Facebook?
10) Conclusion

As a marketer, it is your job to build a customer persona. You should understand the age, gender, socio-economic status, education, hobbies, and pain points of your customers.

The more you know, the higher the chances you’ll have to create a great business.

If you are able to clearly identify your prospective customers, and then serve them an ad that explains the value of your service, you’ll become a sales machine.

Facebook allows marketers to do just that. It provides marketers with very good segmentation, allowing them to target, for instance: women, 24-36, in Alaska, who like skiing. They charge marketers in a CPC (cost-per-click) or CPM (cost per 1000 impressions) basis.

It’s important to make the distinction that Facebook doesn’t directly sell your data, rather they provide marketers with a way to segment their target audience by their likes, hobbies, age, and many other factors including income, credit card debt.

Mark Zuckerberg testified during the Senate hearing early in 2018, that Facebook doesn’t sell data to anyone: “What we allow is for advertisers to tell us who they want to reach, and then we do the placement.”

In 2014, a researcher named Aleksandr Kogan built an app called “This Is Your Digital Life” and it collected information on user profiles, likes, private messages, and more. It also collected this information from your friends. This was a violation of the terms of service of Facebook.

Facebook confirmed that 87 million profiles (most of them from California) were affected.

Kogan later sold this data (and his app) to a company called Cambridge Analytica. CA then used the data to build a psychographic profile of its users and showed them ads and content to influence them to vote for one political party over another.

Cambridge Analytica helped Ted Cruz in 2015 and Donald Trump with his political campaign in 2017.

It is highly likely that Facebook knew about the incident way before it was widely publicized, what it is unclear is whether or not Facebook was given any compensation for it (by Cambridge Analytica).

Facebook’s Mark Zuckerberg confirmed that tighter developer access would be given following this “breach of trust”, and that better security measures were being developed to ensure this “mistake” doesn’t happen again. 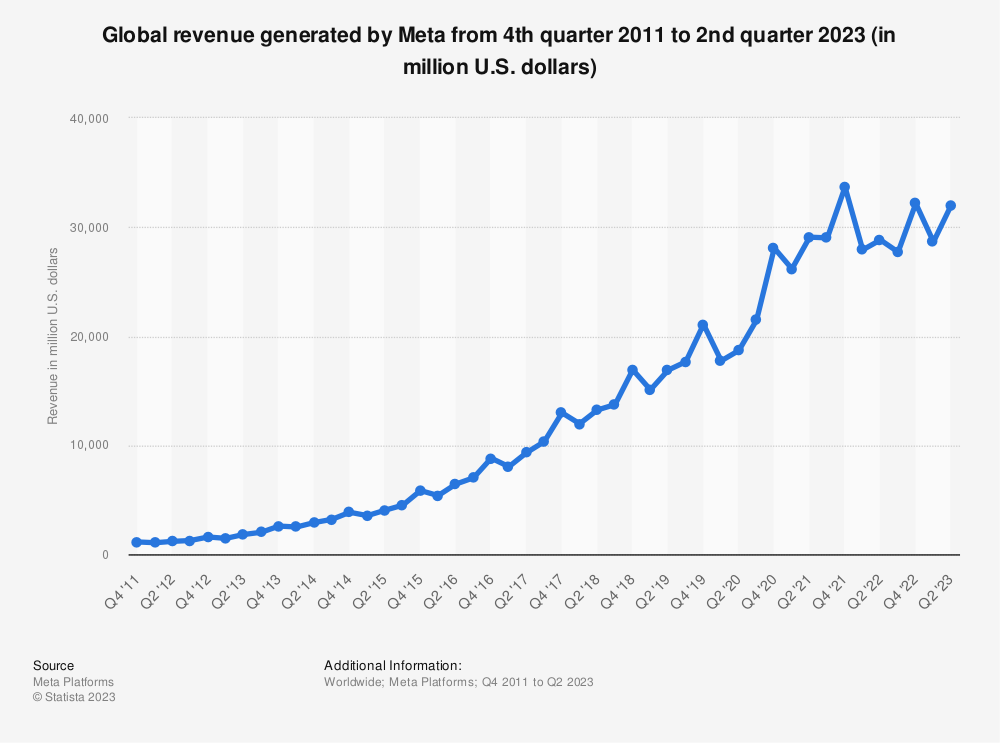 What are all the revenue streams of Facebook? Any new products coming up?

As discussed earlier, advertising makes up for the overwhelming majority of Facebook’s revenue.

However, here are other products that bring revenue to Facebook:

As a part-time investment aficionado, I love looking at quarterly and annual reports of tech companies. I also like to be creative and think of ways that companies like Google, Apple and Facebook could grow that might not be clearly advertised on their financial reports.

Facebook, who loves to copy other tech giants (ahem, Snapchat), could copy Alipay and offer people the ability to pay for things with Messenger and Whatsapp. The users could carry a balance in their account and Facebook could earn interest on that balance.

Facebook also announced that they are getting into Dating, significantly hurting the likes of Tinder, Match, OKCupid.

They are also building AI tools (Facebook.ai) and other Messenger products (for instance, one that allows you to scan a code and purchase an item).

In 2017, from its advertising business alone, Facebook made an average of $84.41 from each North American user, $27.26 from each European user and $7.61 from people in Asia using the platform.

In 2018, with $55B in estimated yearly revenue and 2.27B active users, Facebook is making around $25 for each user worldwide, each year.

Facebook has been investing heavily in infrastructure to “connect the world” and bring the remaining ~5B to their platform, which will translate into more advertising opportunities and more revenue.

Because of this, Facebook will most likely remain free. Free in the sense of costing the users nothing but their personal information. (Will you join the #DeleteFacebook Movement?)

Who else is competing with Facebook in the digital advertising space?

Google and Facebook currently dominate the bulk of the digital advertising dollars. As of 2017, Google owns 33% of the entire market and Facebook 16%. A close third is Alibaba with 8% and then Amazon with about 4%.

The entire digital advertising industry is estimated to be a $223B behemoth.

You can do more than just mindlessly scroll on your Facebook feed, and actually earn a good amount of money, if you use Facebook wisely.

Facebook revenues come directly from advertising. Their platform allows for great segmentation of its users based on many metrics. Facebook might not charge you, but it certainly profits from your data.

If you liked this revenue post, check out these other tech giants: